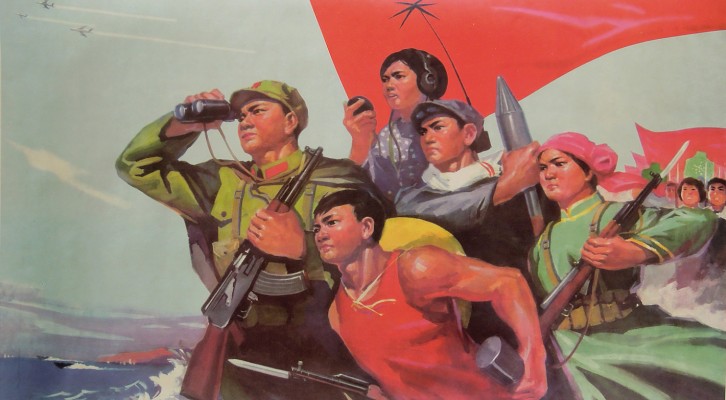 WE WILL NOT BE VICTIMS OF IMPERIALISM, WE WILL BE ITS EXECUTIONERS!

IMPERIALISM AND THE PEOPLES: WHAT PATH ARE YOU ON?
LET US RAISE THE ANTI-IMPERIALIST STRUGGLE HIGHER!

We live in an epoch of uprisings and massacres. The massacre policies of the imperialists leave the peoples no option other than to resist! Policies of conciliation and peace simply expose the peoples to yet more massacres, blood and tears. We will break imperialist encirclement with people’s resistance and barricades.

At the 7th International Eyup Bas Symposium For Unity Of The Peoples Against Imperialist Aggression, we call on you to resist imperialism from every front, from behind every barricade!

What is the Anti-Imperialist Front?

As a result of the symposiums, which have been continued with persistence and determination since 2009, delegates took a joint decision to form the Anti-Imperialist Front. A very important step for the unity of the world’s peoples.
This unity was established against the policies of imperialism and includes all organisations and individuals who see imperialism as the chief contradiction and are progressive, democratic, anti-imperialist and on the side of the people.

Who is Eyup Bas?

A revolutionary from Turkey, Eyup Bas was a key figure in establishing international solidarity of the peoples and he was the first organiser of the symposium which will hold its seventh session.

Our comrade Eyup Bas was born in 1968 and after high school he was a worker in plumbing and the building trade, as well as working in factories and running a coffee shop. His work turned him to revolutionism and he joined the revolutionary struggle. He experienced the December 19 prisons massacre, the F-Types and prison isolation. After all these experiences and prison isolation, he developed cancer and at the age of only 41, we said farewell to him on November 9 2009, to the accompaniment of red banners.

Eyup said, “the Symposium is like my child” and even while receiving treatment in hospital, racked by illness and fever, he continued to work for the Symposium which he so much wanted to see. A month before the Symposium he was martyred, and in honour of the consistent labour he put into it we named it after him.