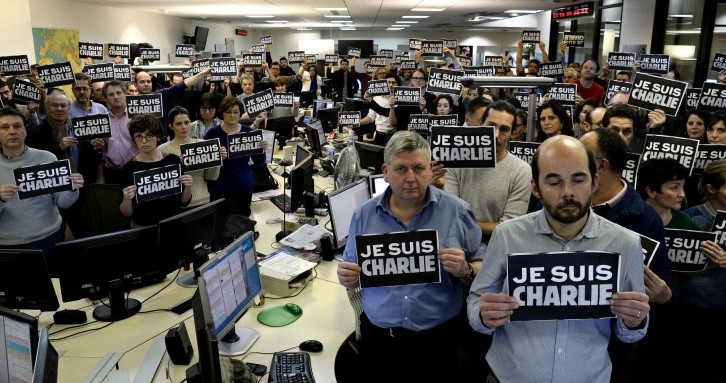 Charlie Hebdo cartoonist Joann Sfar drew several cartoons on the occasion of the terrorist attack on Paris, which he published on Instagram. Its contents touched the hearts of many liberals, and so we did our best to translate them into the language of the proletarians of all countries – Marxism-Leninism, and see if the hearts of the “barbarians” are really as cold as ice. 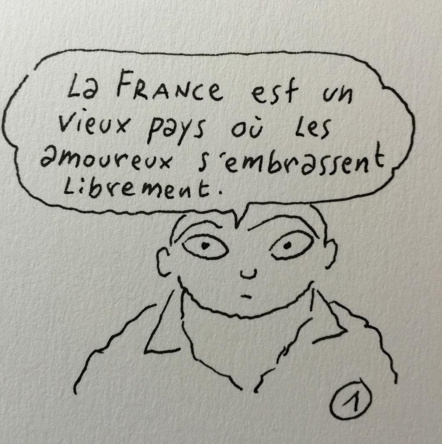 1.France is technologically and militarily more advanced than your desert backwater. 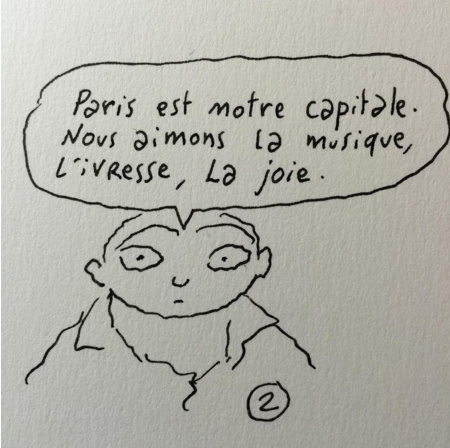 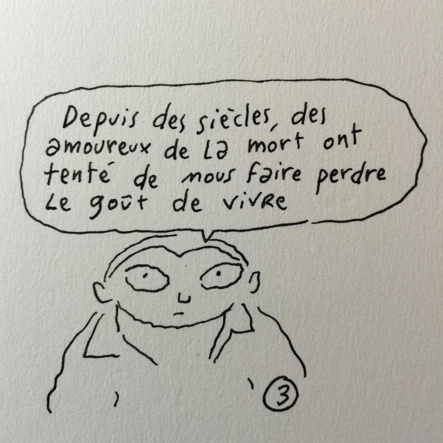 3.Once I went to the morgue to identify a neighbor. A young man, obesity is evil. I found out that, death smells bad, or is it formaldehyde, who knows. Maybe my thoughts are somewhat disconnected because I am wasted from champaigne. My eyes are crossed. Drink for France! 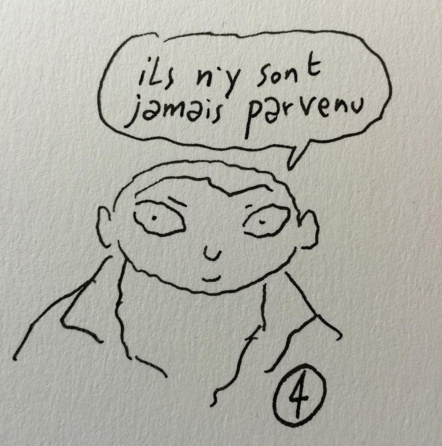 4.I am not a racist. I like Jamaican music. Sean Paul, UB-40. My neice once dated a Romainian. Our national football team has as many wide noses as you wish. 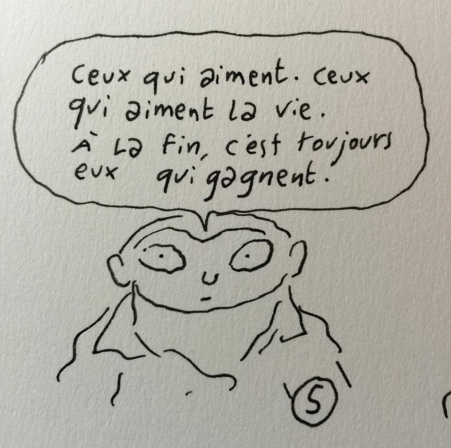 5.But these people come here and go straight to the welfare. Laziness, I guess. And their howling prayers. Way to go, Orban! 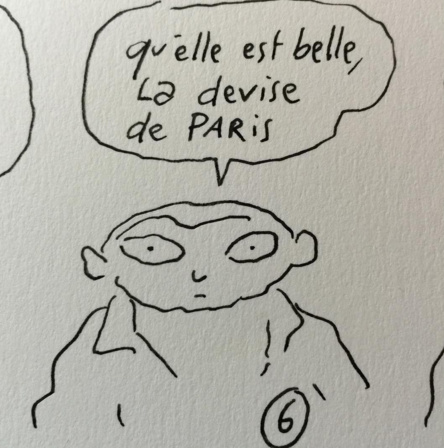 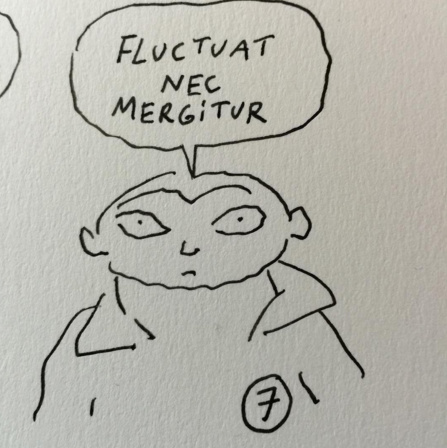 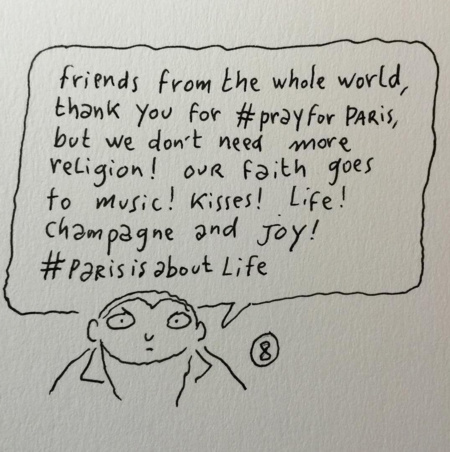 8.You don’t want to change your profile pics into our flag? You don’t want to pray for Paris? Well, you don’t have to. We don’t need religion anyway. If God existed, wouldn’t he have saved you from slavery and colonialism? Ah, all those things we’ve done to you – ask your grannies if their memory has not failed them. That Casanova reputation we maintained in Algeria, Mali, Vietnam …. I could go on. That’s life, joy … a bit of champaign then action. Btw, Paris Hilton is way overrated if you ask me. 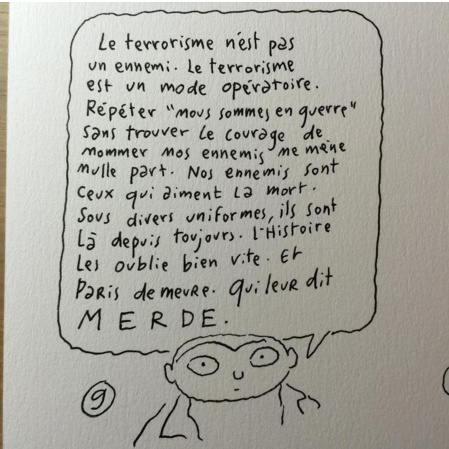 9.Don’t ask why my handwriting is so tiny. I’ve been holding it for an hour. I need to take a SHIT so badly. 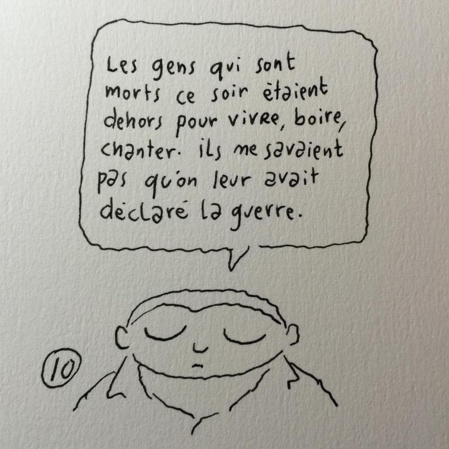 10.Did I mention that 14 African countries still pay us colonial tax? And there is this thing called colonial pact. It’s complicated, don’t want to get into it now, but the point is that former colonies still give use money and resources out of gratitude for all the token’s of civilizaitons that we brought to them. Their good will, of course. 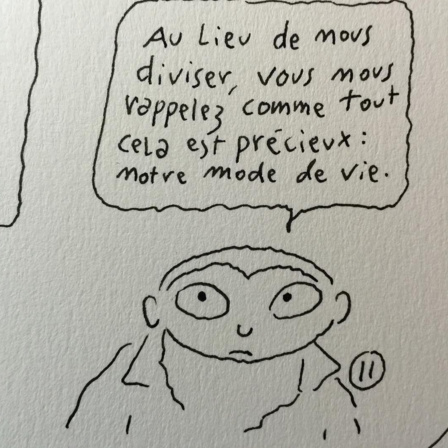 11.Don’t even get me started on the Western left. They are always with us. They know that without your resources, we could not have achieved this standard of living. Some of them like to imagine that they will someday ‘revolt’ and overthrow their masters, but it ain’t gonna happen. Too dumb, too brainwashed, too fat, too lazy and there’s always something ‘good’ on TV or in the stadium to divert them. Add to this the fact that they’re overworked and sleep-deprived consumer bots and you’ve got an entire nation of eternal worker-slaves with good teeth. 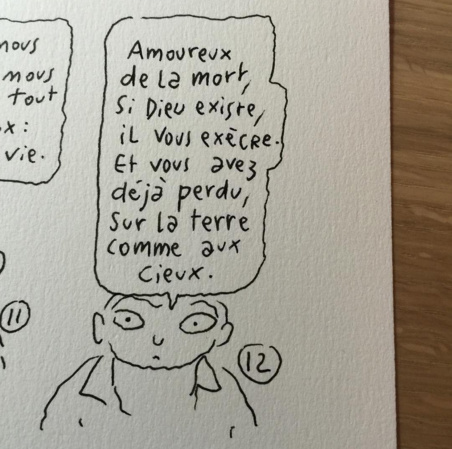 12.How easy it is to build support for our neo-colonial projects, you wouldn’t believe it. All we need to do is continue promoting the superiority of the Western civilizaiton and its values over your barbarism, and no one asks us where we’re headed and who we’re going to bomb. We’ve got the media, you’ve got the megaphones. 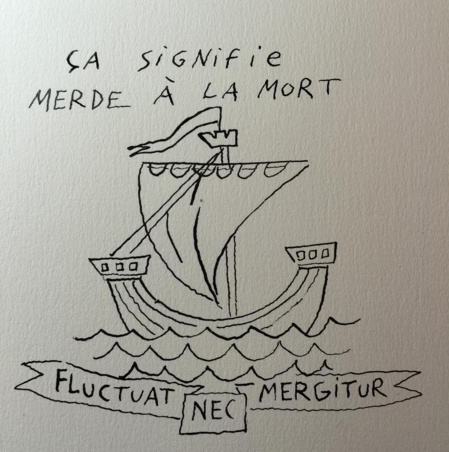 13.This is one of those 12 ships that brought 40 billion dollars worth of gold from Haiti in 1838 in order for us to grant them independence. Do you know how much gold we have hoarded from various countries throughout history? Also, a smiliar one, only much more modern, aircraft carrier has just been sent to the Persian Gulf to bomb you back into the stone age. Now, let’s see what you can do.