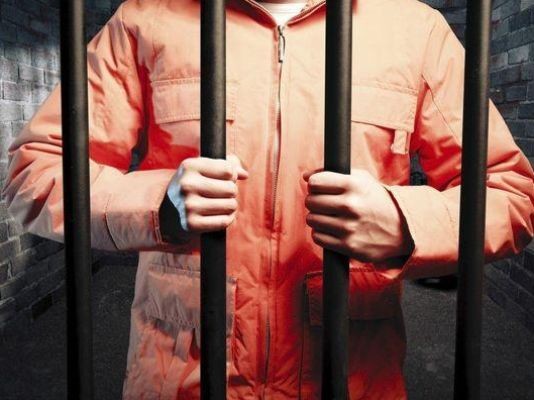 Although the Marxist-Leninist theory advocates the validity of all methods of struggle for the sake of the revolution, one particular method is often ignored or frowned upon: hunger strikes. Western worker’s movement is proud of the acts of self-sacrifice by it’s militants as it’s the basis of the most important historical victories, yet hunger strike is often seen as a waste of human lives with little or no value for the class struggle.

Such is the general opinion of the hunger strike led and organised by Party-Front of Turkey (DHKP-C) in the period of 2000-2007, also called “Death Fast”. Seven years long, Death Fast has claimed lives of 122 revolutionaries and it was considered to a victory. Something that fellow communist parties very often criticise and questioning the effectiveness of such methods of struggle.

However, to entirely understand and properly evaluate the Death Fast, it would be incorrect to limit ourselves to the superficial manifestations of the whole process. Given a perspective of over a decade since it’s beginning, we are in a good position to see its effects and give more clarity to the historical circumstances in which it took place. Let us consider it from the historical perspective, the perspective of the class contradictions and the state the revolutionary movement in Turkey was in during that period.

The years between 1999 and 2001 were politically very interesting years. There were a couple of reasons for this:

By the end of 1999, the balance of the class forces was like this:

And there were the radical/armed/revolutionary movements:

In the year 2000 the crisis was deepening, the ruling classes knew that they had to take the necessary precautions. They were done with the reformists, they thought that they were done with the Kurdish movement and now, if these revolutionary/radical movements could not be bowed down, they would become an alternative for the desperate Kurdish and Turkish masses in case of a crisis. And if you wanted to destroy them, you had to start from their ideological hegemons, the P-C, that still continued to preach revolution, armed struggle and anti-imperialism.

Thus, the state prepared a plan to destroy the revolutionary discipline in the prisons: It decided to transform the existing prison system into a high-security prison system where the political prisoners would be isolated from each other in small cells. In this way, the ruling classes were hoping to destroy the organizational ties among the prisons, turning the political prisoners into isolated individuals.

Then came the December 19, 2000. 20 prisons were simultaneously raided for three days with nearly 9000 soldiers. They used more than 20.000 gas bombs, thousands of real bullets against the unarmed prisoners. As a result 28 prisoners were killed, nearly 600 prisoners became permanently disabled in 3 days. The rest of the prisoners were forcedly sent to high-security prison cells.

It was not an issue of physical destruction alone. Compared to 60 million population at that time, there were only approximately 10 thousands of political prisoners in total. But still the prisons were like the headquarters of ideological production. Prisoners were writing majority of the articles and books, composing songs, heavily training the future militants. Imprisoning stopped being a punishment and the militants knew that if they were sent to the prison, near to their comrades, they would undergo an extensive Marxist-Leninist training and continue their revolutionary activity.

On the other hand, the ruling classes at that time were trying to spread the ideology of desperation as opposed to revolution. “Nothing is worth to sacrifice yourselves” they were saying, “especially for socialism and revolution which has already collapsed”. It was the end of history. The entire world was giving up. IRA in Ireland, ANC in South Africa, FMLN in El Salvador, Palestinian Liberation Organization, PKK in Turkey. The dream was over.

And one year after the Hunger Strikes began, 9/11 happened in US. Bush has declared the New World Order and clearly put that “you are either with us, or against us”.

What would it mean if the prisoners had submissively accepted this menace? Since 1980’s it was one of the main tenets of the revolutionaries that if you are left in a position where you don’t have any weapons to fight, you should better die than to surrender.

P-C knew that from past experience: Those who surrendered to the impositions of the 1980 Military Junta were destroyed. They either became reformist, legal organizations or their militants were transformed into liberal, even right-wing intellectuals. Yes, they physically continued to live, but they had had a brain death. They had become the extensions of ruling class ideology.

They were the best propaganda materials for the ruling classes: “Look at these so called leaders of proletariat! They are telling you to fight until the end, but they do not want to make even a smaller sacrifice for their own cause. Is this what you are going to die for? Don’t be stupid young people.”

However, when people resisted and died (either in hunger strike or an armed action) it made a huge impact, firstly among its comrades and among the people. It was the same in Kızıldere in 1972 when Mahir Çayan and his comrades were massacred. The entire organization had been destroyed with them. But in just 2 years, hundreds of young militants swore to take their revenge. It was the same in 1984 and 1996 hunger strikes.

That was the basic thinking behind the hunger strikes: If you make the necessary sacrifice, you may die but at least it can make an impact that deeply influences the others to carry on.

Two main causes can be emphasised over the others to explain the logic behind the death fasts:

The hunger strikes started in 20th of Octorber 1999, after the state openly declared its new prison policy and went on until 2007, when the state agreed to show some flexibility in its isolation policy.

From this perspective, we can say that hunger strike was a political victory. Because:

When the hunger strike was ended 2007, none of the initial demands of the revolutionaries were accepted. A revised version of the demands, which involved the freedom to see other people for 10 hours a week, was agreed on. Compared to the main aim of the ruling classes to isolate the revolutionaries, to bow them into complete submission, it this was an important achievement too.

As to the question: “did it worth to sacrifice more than a hundred people just for this?” while ignoring the political and ideological victories of the Great Resistance. The purpose was to put an end to the revolutionary ideology in Turkey and they failed in doing this. Turkey did not become the next Guatemala, Palestine or South Africa as they wanted it to be.

Hope survived and although the revolutionary movement came out weakened, it did survive and grew stronger over the years. Now there are pro-Party-Front groups emerging in different fields of the struggle. There is a music band called Grup Yorum that organizes public concerts all around Turkey where they sing their revolutionary songs with hundreds of thousands people. An institution called Engineers and Architects of the People started to organize inside the revolutionary neighbourhoods, trying to put forward an alternative way of living with popular assemblies, public gardens, wind turbines to allow the community to produce their own electricity. There are attempts to organize the shopkeepers within a cooperative so that they can resist against the monopoly of the shopping malls and big supermarkets. In the last couple of years, a series of successful worker resistances were supported by the Revolutionary Worker Movement, which declares itself to be pro-Party-Front.

On the other hand, Party-Front itself continued its armed activities, some of which are widely publicized in the international media. It has militia bands in the main revolutionary quarters of Istanbul which fight against gangs, drug dealers and the state forces. These activities must have attracted the attention of the imperialists, so that some analysts started to speak of Party-Front as an “emerging threat” in Turkey. The US State Department issued a warrant of arrest for whom they think to be the top leaders of Party-Front. Imperialism declared that “up to 3 million dollars” will be rewarded to those who assist in capturing these people, whom the US considers to be the “most wanted people in Europe”.

We will see what will come up in the following years.